The Mandate of the Health sector is, “to offer high quality and comprehensive health services in line with the National Health Policy to Kiboga District Population.” 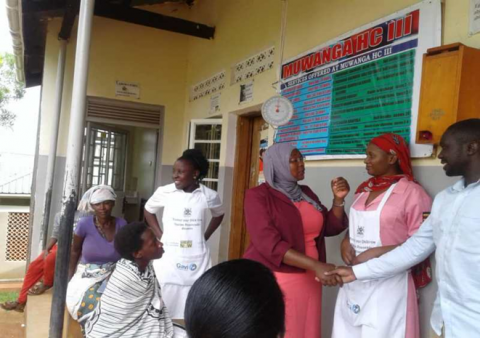 Delivery of health services takes place in communities and in 23health units comprising of 20 Public and 3 Private not for Profit(NGO)/ faith based health units, serving a total population of about 221,557in Kiboga District.The facilities are indicated below by, Sub county, level and Ownership.

In order to increase access to health care services and achieve universal health coverage to the whole district population, the following health facilities in the District have been proposed and Submitted to Ministry of Health for expansion and upgrading.

Of the approved 497 health workers, 364 posts are filled (73%), existing gaps are mainly with specialized medical officers, support staff such as Porters and Askaris.Other facilities have not yet got staff due to failure of completion but also Ministry hasn’t given clearance (Buninga in particular).PNFP facilities remain highly understaffed at the average of 35-45% coupled with huge attrition rates and as such the district proposes to second staff so as to boost functionality especially at H/C III. 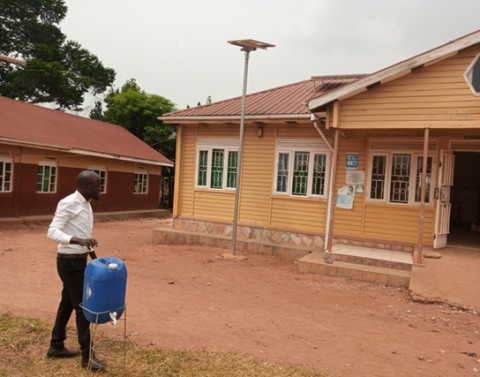 According to the Planning Unit, Kiboga District has 14 sub-counties, 56 parishes and 256 villages. Basing on the VHT concept, each village should have an average of 5 VHTs each supervising an average of 25-30 households. Ideally Kiboga district should have an average of 1280 VHTs, however a recently concluded mapping of the VHTs during the Chase Malaria Campaign mosquito net distribution, only 504 VHTs were found to be active, leaving the district with a deficit of 776 VHTs. 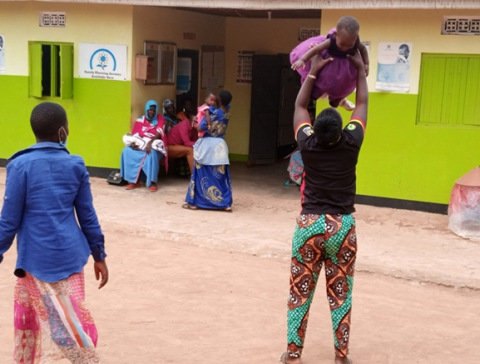 Mothers take their Children for immunisation, below is the Lab constructed 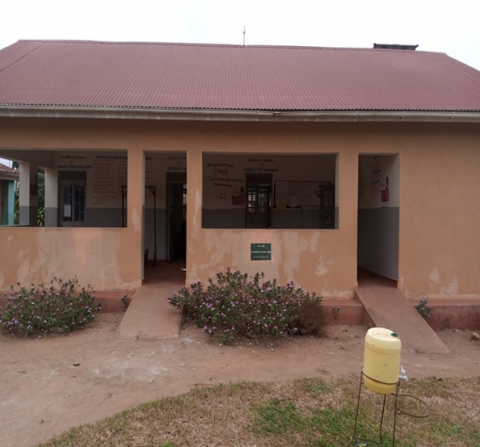 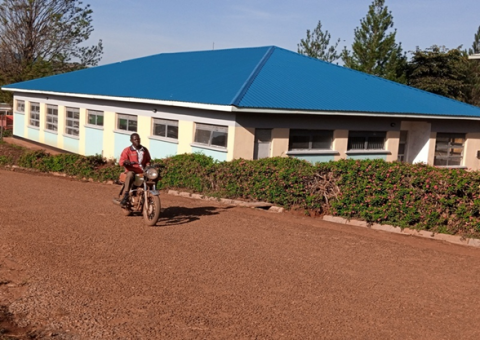 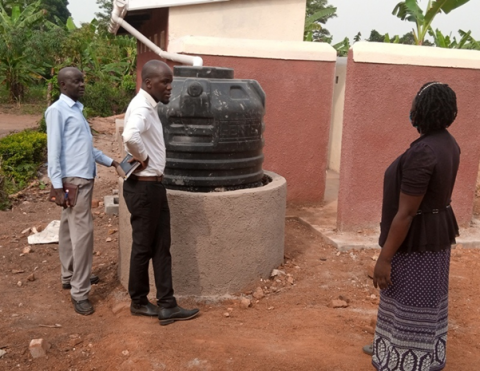 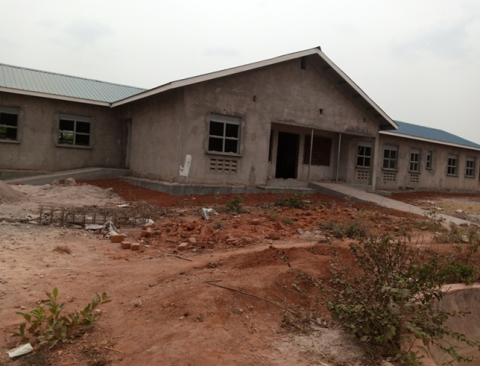 The financial sources and envelopes have continuously kept growing largely from the MoFPED over the years. Finances were received from the centre, locally raised revenue, Results Based Financing (RBF),Implementing Partners like MildMay and donor agencies like GAVI and WHO.

Like any other, Kiboga District has been threatened by the covid19 pandemic, and many livelihoods, have been negatively impacted including loss of lives like the then DHO, Dr. Musiitwa Michael.

In the fight against the pandemic, the district received about 165,000,000 million for the purpose of setting up a responsive plan to combat the pandemic.

The MOH Distributed 135,500(271 boxes) to cater for a population of 221,557 registered citizens in Kiboga.However,a number of people were not covered due to shortage of this critical item, although MOH was notified for supplementation to cater for the deficit.

There were also donations from IPs like World Vision and, the Right Honorable Chief Whip, Ruth Nankabirwa gave a supporting hand towards the supplies of some PPEs like Hand washing facilities, temperature guns, soap, sanitizers, gloves among others. 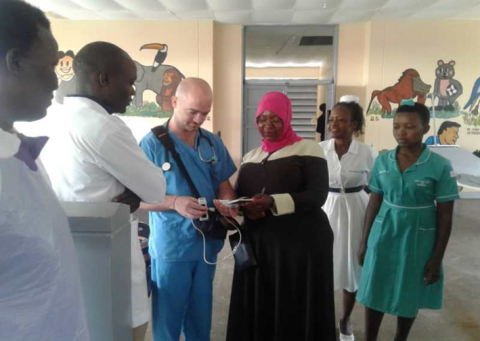 Under the national malaria reduction strategic plan (2020/2025) integrated approaches aimed at malaria control have been undertaken. Among them include: Vector control, case management, environmental management and improved logistical and supplies management.

In the same vein, Kiboga District received a total of 2382 bales (95,280 nets) of LLINs which were distributed in the fourteen (14) sub counties.

To prevent the occurrence of more Malaria Cases through continuous distribution of LLINS during Antenatal care at health units and Childhood immunization (EPI) outreaches. Important to note is that due to various strategic interventions the malaria incidence has reduced to less than 20% of all clients in the OPD setting. 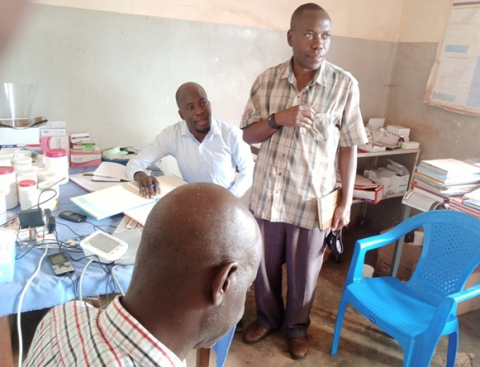 Outpatient Utilization: By the end of December 2020, the Utilization of health services in both Public and PNFP was 67%( 148,348), this was against the target of 90%( 221814), the target was not realized partly because of the seasonal nature of some disease conditions and some patients seeking treatment from private service providers and VHTs. Malaria, Upper respiratory tract infections and diarrhea are the most disease conditions that burden the District.

Childhood Immunization: TheProportion of Children under one year immunized with 3rd dose of Pentavalent vaccine was 59%( 6283), this was against the target of 95%( 10597), this coverage is attributed to numerous community immunisation outreach Posts (96),Covid-19 Pandemic, health worker’s vigilance and community mobilisation by VHTs.

Latrine Coverage: Latrine coverage in most communities has improved, generalenvironmental hygiene is still a challenge, out of the 67,383 households in the district, the number of households with basic latrine were 42,918(64%), and households with handwashing facilities with soap were generally low at10543(16%) despite handwashing having been at 24%. 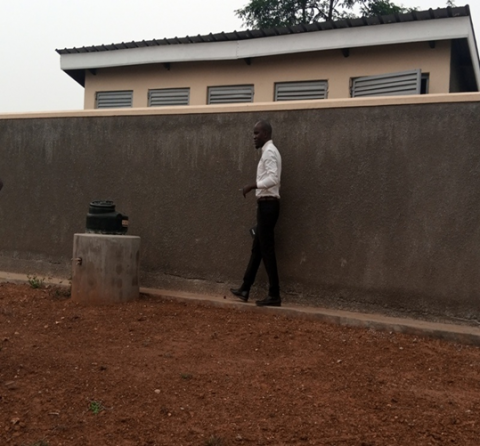 According to the district statistics of 2020,2021 quarter II, the HIV Prevalence is at 207/1317(15.0%) far above the national (6.2%) prevalence levels. It has been noted that the prevalence levels and burden within sub populations vary forexample among Female sex workers, bodaboda men, men who sleep with men (MSM), discordantcouples and plantational workers.Since most individuals know their HIV-Sero status, this figure is obtained from targeted HIV Counselling and testing, the identified positive cases are linked to care and treatment from the 8 treatment centres in the district with other communities reached through differentiated service delivery models targeting hard to reach areas. Minimal response by mento seek available services are frustrating efforts to Prevent and Control acquisition of new HIV infections by young women and adolescents.

Monitoring Team inspects status of construction works at Bulaga HCII, and below a medical refrigrator donated by GAVI and other partners to improve safe storage of medicines. 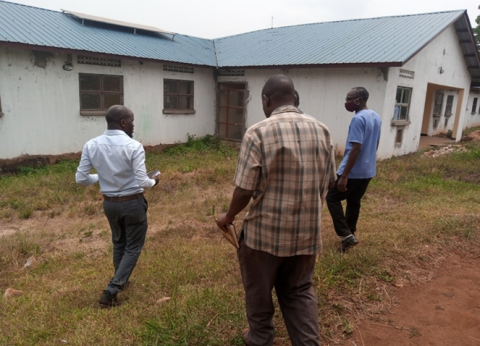 Monitoring and staff of Bulaga HCII inspect interior of the facility. 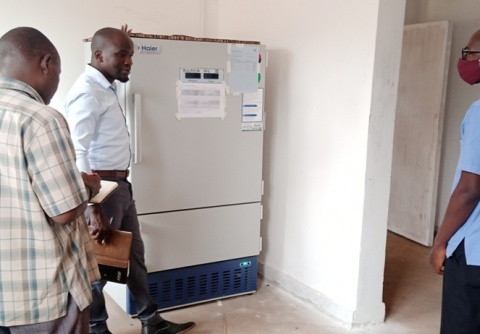 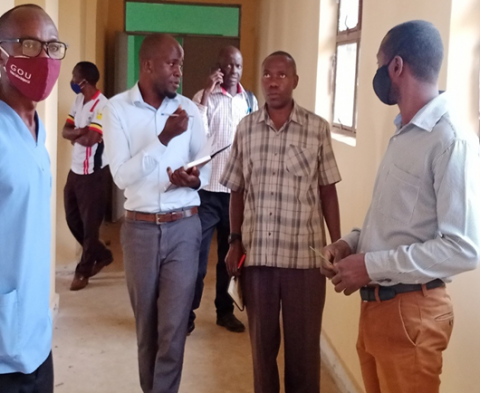 §  Inadequate accommodation and transport for community health workers would need further intervention by the incoming administrations.

§  PHC-Non wage allocations are still inadequate to all our health units, an issue that requires government attention.

§  Though completion works were delayed, Buninga and Bulaga H/C s would provide health services to our population.

§  Newly created sub counties lack health facilities, though arrangements have been made to address the challenge.

§  Lack of adequate funds to process land tittles and fencing, should be addressed by the incoming administrations to secure ownership and accelerate infrastructure development.